Will the Lulla Doll Work for my Baby? - Eat Teeth Sleep
Home / Blog
Previous  / Next

Will the Lulla Doll Work for my Baby?

The Lulla Doll is a well known baby sleep product invented by an Icelandic mother. The development of the doll was based inspired by scientific research on closeness, sleep and wellbeing. As such, the Lulla doll was in development for three years with the help of doctors, nurses, psychologists, parents and, of course, babies.

Like many baby sleep-aids on the market, the Lulla Doll plays heartbeat sounds. However, what makes the Lulla Doll very unique is that she also plays real-life recorded breathing. The combination of its ultra soft feel and soothing sounds of breathing and heartbeat is designed to imitate the closeness of a caregiver at rest.

This has led to parents boasting around the world about how their terrible sleeper started sleeping all night long the second they laid eyes on Lulla.

In reality, the Lulla Doll is likely not be a overnight miracle. In some cases it might seem like the baby hates it, or may even sleep worse. The important thing is not to give up on the product too early.

Will it work for my baby?

The younger the baby is, the more successful any baby sleep-aid will be in the long run. Over time, babies form sleep associations - however consistency is the key to forming these associations.

It is important that you use Lulla for all your baby’s sleeps, both during the day and at night. Instead of using Lulla during awake time to play with, keep her near the babies cot or bassinet so she becomes a strong sleep connection rather than a toy. Create a special bedtime routine for your little one and incorporate the Lulla Doll in that routine. By carrying out the same routine each night, this will create a solid chain of events in your baby’s brain, with the end event being sleep.

If your baby has a very ingrained existing sleep association, which often relies on the parent/caregiver to get to sleep (such as feeding to sleep, patting and rocking etc), unfortunately Lulla is not likely to solve night waking issues on her own. In these situations you will need to work alongside the sleep-aid to change existing sleep habits. For example, giving your baby the Lulla Doll instead of feeding or rocking to sleep would eventually break the existing sleep association and stop reinforcing the negative sleep habit. 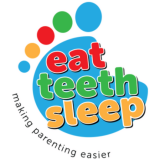 What NOT to pack in your Hospital Bag for Birth

The third trimester in pregnancy is the time that you *should* pack your hospital bag (I was overdue with my second baby and still ended up packing my hospital bag in between contractions!) The hardest part to figure out is what NOT to pack because what might seem like a good idea now, it may not leave your bag at all.

Suffering from Mastitis? What you can do about it.

Lifting the Lid on 9 Motherhood Myths

Let customers speak for us

These bottles are the best. Even though they are slightly pricier than others on the market they are definitely worth it particularly if you mix feed as they are similar to the breast so baby alternates well between both.

They arrived quickly and customer service was great. Highly recommend!

I used the Mumasil for my first child, and it helped me to get such an amazing storage of milk!! No drop went to waste. I eventually preferred the Mumasil over using my breast pump. I have just purchased a fresh one for baby number 2! It’s the one thing I recommend to ALL new mums who wish to breastfeed

These collections shells are seriously a lifesaver! So easy to use and assemble. Comfortable and discreet so no one knows you're collecting milk. Great alternative to a breast pad as now there's no milk wastage!